CorbinPartners has been a Gold Seal member of the Market Research and Intelligence Association, awarded to "best-practice" firms, and a thirteen-time winner of its Annual Best-in-Class Research Awards. 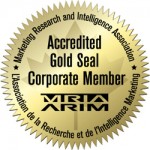 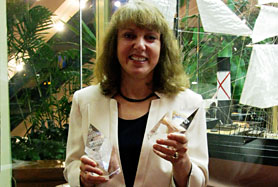 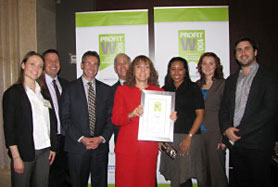 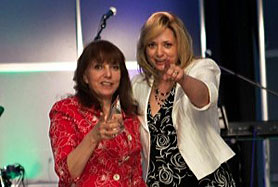 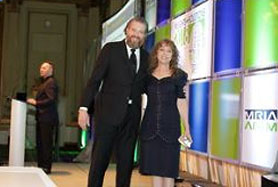 (L-R): Chair Dr. Ruth Corbin holds the Best Integration Award and the Public Policy Impact Award given to CorbinForensics at the MRIA Excellence in Research Awards; Ruth Corbin honoured as one of Canada’s Top 100 Female Entrepreneurs by PROFIT Magazine; accepting MRIA Awards of Excellence on behalf of the Department of Justice and Mount Sinai Hospital for projects managed by CorbinForensics Inc.

CorbinForensics is a member of the Canadian Research Insights Council (CRIC), an association acting as the standard -bearer for quality research, and who uphold the best-practice professional standards consistent with those of ESOMAR, an international standards-setting body.

"I wanted to reach out to your company as I noticed you have been the recipient of the MRIA Murray Philp Altruism Award for multiple years…I just wanted to say congratulations, he was a wonderful man who would be honoured to know the recipients and see that work for non-profit organizations continues to be recognized."

Awarded for outstanding collaboration among multiple stakeholders in a manner that enhances the value of research outcomes. Corbin Partners and Smart & Biggar jointly received this award in recognition of research evidence for the Federal Court in the matter of the Captain Morgan brand of rum. The decision is regarded by many as having turned the tide in the resurgent use of survey research in Canadian courts.

Awarded jointly with the Canadian Institute for the pro-bono research program and panel presentation titled “Breaking the Expert Evidence Logjam: Experts Weigh In”, which documented the gaps between the perceptions of experts who have testified in court and the published views of judges and writers of legal commentary. The Award presentation recognized the significance of the project to dispute resolution by triers of fact, through access to objective, reliable and valid expert evidence. The results of the study were subsequently published in the Annual Review of Civil Litigation.

CorbinPartners Chair, Dr. Ruth Corbin, was named a Fellow of the MRIA for distinguished career contributions. Among the significant citations in the nomination was Ruth’s contribution to the development of forensic market research in Canada. The fellowship process is a rigorous nomination and election process, and is the highest honour the MRIA bestows on its members.

Awarded for market research completed on a pro-bono basis that contributes positively to the individual, group or community beneficiaries of the organization’s work. CorbinPartners received this award in recognition of its study “The Bitcoin Revolution”, which analyzed digital currency and its interaction with Canadian businesses.

Awarded for a research project with demonstrable public policy impact. CorbinPartners and its client Questrade Wealth Management received this award for a market reconnaissance study that resulted in a game-changing regulatory decision related to automated investment services.

CorbinPartners and its client Legal Aid Ontario received this award in recognition of its study on “The Elusive Client of Modest Means”. The study provided guidance on revising criteria for Legal Aid assistance.

To read more about awards and accolades for CorbinPartners, click here.